Prince L.O-3 ​​is a street dancer from Los Angeles, California. He started off as a popper in 2008 and also became immersed in the Hip Hop, House, and Freestyle dances in 2012. In 2010 he moved to Okinawa and began his dancing He’s opened for singers like Crystal Kay, Soulja Boy, and Lloyd, while winning freestyle competitions like THE ONE VOL.3 and DREAM VOL.2 with his co-founded crew: LO – 3. While in Okinawa, he has not only competed, but judged and taught workshops to both American and Japanese dancers.

In 2014 he went back to California and began his afro house journey. By 2016, he returned to Okinawa after becoming a personal pupil of the Afro House / Kuduro master, Manuel Kanza shortly after. Since early 2018, he also began studying under the Afro House / Freestyle dancer, Edgar “Konsept” and hip hop freestyle dancer Nickel (Yudat) from France.

Prince has extensive knowledge of various styles and movements and has incorporated those steps and feelings into his dance style.

Known for his bubbly personality and charismatic character, Prince has made a name for himself and his crew L.O-3 and hopes to continue making a positive impact to everyone he encounters during his journey. 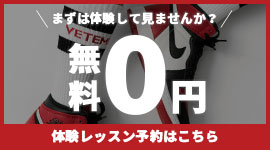